I’ve been meaning to write this reflection ever since I came back here in the Philippines last 2018. This is definitely long overdue— albeit in a good way: working in the industry for a year helped me internalize some of the points I’ll discuss to provide a more thorough reflection on craftsmanship.

This blogpost encompasses some of my reflections on craftsmanship, software, and life. I’ll start off by narrating my first transformative encounter with a craftsman, moving on into my journey of finding my craft, and reflecting upon how it manifests into my work life. In the end, I’ll provide a short meta-reflection on how I’m doing today and what these reflections meant for me and my career.

Similar to my previous blogpost, this is a highly-personal essay on my journey, but I hope that a few nuggets of insight will surface as you read through my stories and reflections.

The year was 2017, and I’m still fresh into my grad school journey in Japan. I settled down, moved into a new apartment, and made friends with other students in my batch. As we’re all wide-eyed foreigners in a beautiful country, we took part in Japanese cultural activities provided by the school— one of which is making soba noodles.

I didn’t expect much from spending the weekend making soba, how life-transforming can it be?

I entered the function hall and saw six tables laid out with utensils set up. At the front are the welcoming faces of the Japanese cultural group, with them, I presume, are the soba chefs. I can tell because of their aprons and the colorful handkerchief tied around their foreheads, similar to those 90’s rappers in the Philippines. All of them are quite old, probably in their early 70s, still healthy and strong as with the standard for most Japanese seniors.

After some greetings and remarks, one of the chefs, perhaps the most senior of them by his looks, came to the front and demonstrated how to make soba. He stepped on the small makeshift stage, dipped his hands in water, and started his handiwork.

It was very methodical: he first made small clumps of buckwheat flour in a large bowl, kneaded and flattened it on a wooden board, and sliced it into strips. While making soba, one of the translators mentioned that he’s been making soba noodles all his life.

I was so entranced watching him: he seemed to retain the same vigor and enthusiasm of making soba from years of experience. I was also confused: “How can you do one thing all your life and not be bored by it?” 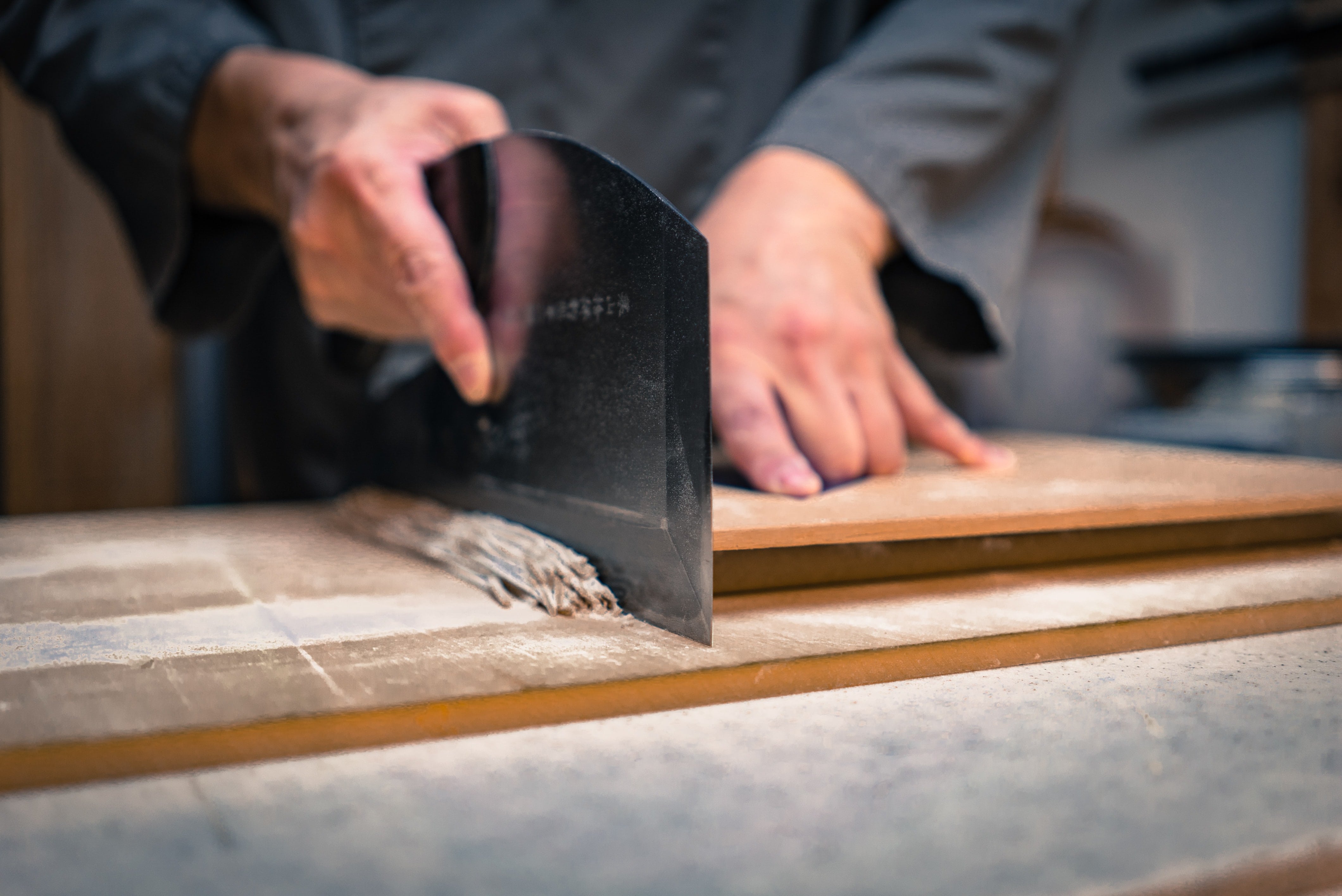 “How can you do one thing for all your life and not be bored by it?”

The day went on: we made our own noodles, cooked some zaru soba (ざるそば), ate it, and went home. Little did I know that watching an old man make soba1 will become a theme of my Japanese journey. Looking back, Japan seems to have a strong tradition of craftsmanship. Be it in pottery, brewing sake (酒), or making fountain pens, there’s always this recurring image of an old person doing something all their lives.

The idea of a craftsman has been stamped on me ever since that day. Being able to build things and manifest oneself into something tangible is very meaningful. For the next few days, and during the rest of graduate school, I sought ways on finding and honing my craft.

“The programmer, like the poet, works only slightly removed from pure thought-stuff. He builds his castles in the air, from air, creating by exertion of the imagination.

Yet the program construct, unlike the poet’s words, is real in the sense that it moves and works, producing visible outputs separate from the construct itself…The magic of myth and legend has come true in our time. One types the correct incantation on a keyboard, and a display screen comes to life, showing things that never were nor could be.

Programming then is fun because it gratifies creative longings built deep within us and delights sensibilities we have in common with all men.”

The quote from Frederick Brooks struck me when I was reading Mythical Man-Month. The way he describes the art of programming as building castles in the air— as if you’re a wizard conjuring thought-stuff from mere incantations— reflects how magical I see programming even up to this day.2 Another reason is that he likened a programmer to a poet, and this brought back some memories of my undergraduate years.

In hindsight, I may have been looking for a semblance of craftsmanship early on when I was an undergrad. I joined Heights, an artistic and literary publication, and practiced writing poems and making art. Participating in workshops gave me an insight on how a medium is used to convey an idea or express one’s self. The experience of expressing yourself through a medium has enamored me, and it’s something that I want to recreate in my field.

Again, I imagine the recurring image of the soba-maker: using the flour as his medium, he trudges the long nights kneading dough and shaping noodles under some faint tungsten light. At the end of it all, he looks to his creation and says to himself: “this is how I make soba, this is different from how other’s make soba because it’s mine.” Expressing yourself through the medium is a way of marking yourself to that object— and a deeper connection to one’s work.

Fast forward to today, I realized that working in open-source allowed me to recreate the same experience of craftsmanship during my Heights days. I’d consider myself lucky that my initial experience of “serious programming”3 is as an open-source hobbyist. I had the freedom to choose what projects I want to create, and in no way restrained by any spec or requirements that I should adhere to. It’s like someone gave me a blank piece of paper and told me: “draw whatever you want.” This may be different, say, if I took a computer science degree laboring over machine problems or started out programming in a job where I have lesser freedom to the projects I’ll take. Starting out in open-source has been vital in internalizing the idea that software can be treated as a craft. 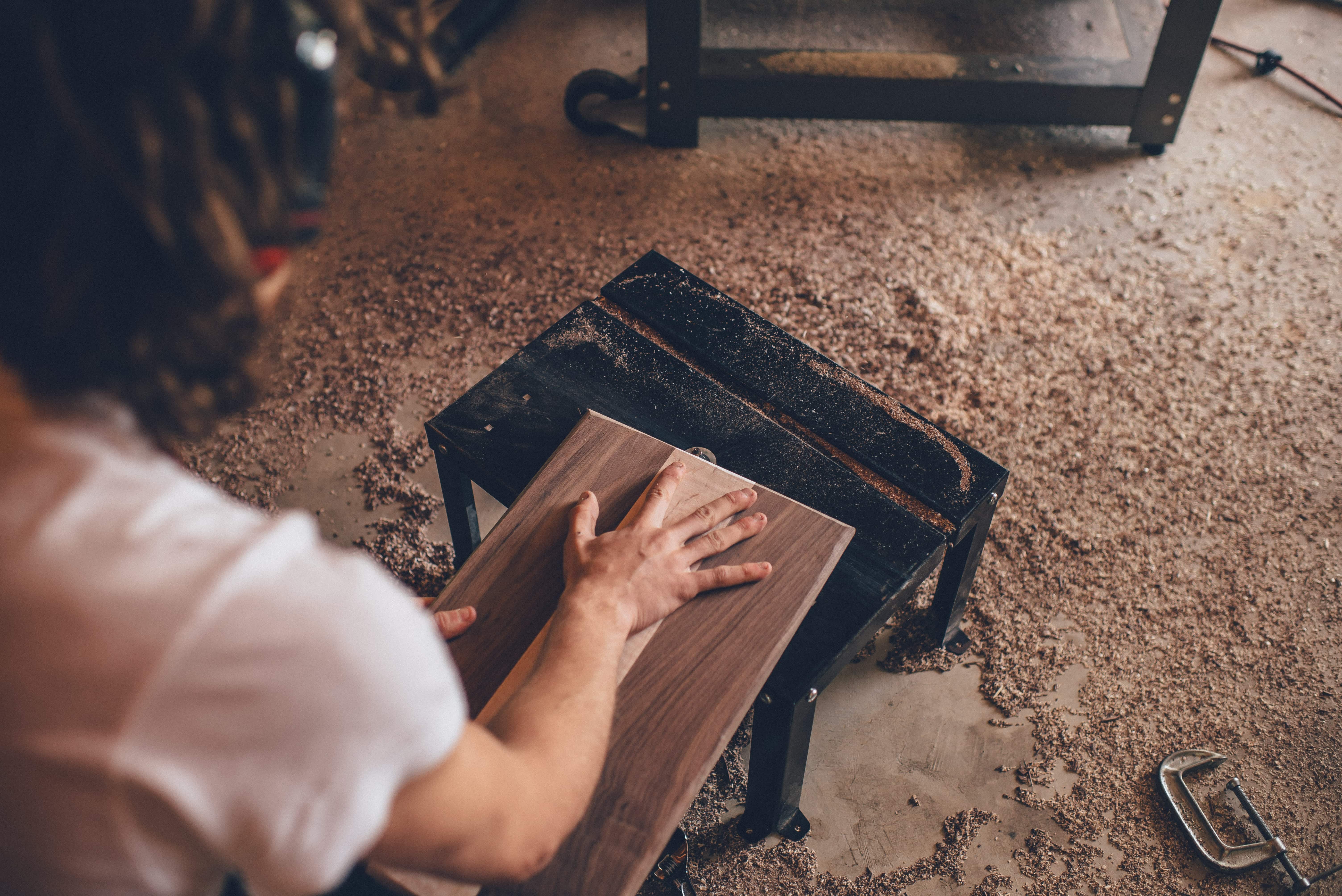 With software, the dark terminal has become my canvas and the blinking cursor my brush

With software, the dark terminal has become my canvas and the blinking cursor my brush. I was able to build things and express myself in a way I want to. The best part is that it is integral to my field in technology, and has allowed me to express myself through this medium. When I was building PySwarms back in grad school, I imagine myself trudging the long nights typing on my keyboard under some faint fluorescent light. I push to PyPI, look at my creation, and tell myself “this is how I make software, this is different from how other’s make software because it’s mine”.

Due to this, there are three things I learned when treating software as craft. I don’t want to romanticize these points, thus, I’m adding a counterweight to discuss the challenges involved for each learning:

To be honest, I still grapple with the definition of craftsmanship. Perhaps, it is my intrinsic desire to do something well by all means. However, I don’t just build things in an altruistic sense. In a way, I also value achievement, i.e, being able to say “I made that!” or “I built this!” In some cases, I see these pursuits as rest and therapy— a break from my day-job of sprint planning, urgent issues, and deliverables. It’s soulcraft, maybe, and that’s the best way I can put it right now.

It was cathartic writing this because the craftsman archetype has become an anchor in my professional life. I build things, and I find my purpose in the act of creation. I guess the next step for me is to learn how to organize people to create bigger things, and to learn how to share my craft to a wider audience.

I’ve been talking a lot about open-source because it is my primary vehicle for craftsmanship, but I think that same concepts can be applied to any aspect of technology.

I feel that this approach in life has worked for me so far. I feel that the ability to create is now crucial in this rapidly-changing world. Sometimes it’s better to shape your surroundings than blindly-accept what’s being handed to you. Perhaps I’m wrong, and I’ll look back to this post full of disagreement, but I’m hinging on the idea that I’m approximately correct.