One of my first blog posts in Thinking Machines involves a deep-learning based holiday card generator dubbed as ChristmAIs. It was an exciting two-month journey of creating artworks using AI: there are things that we tried but didn’t work, reasons we pivoted, and small wins in publishing the article. This post serves as a postscript, like a “developer’s cut,” of this whimsical application.

The whole pipeline can be summarized as the following:

The most difficult part was the second step, how do you actually let an AI system draw? I’ll be spending a large chunk of the blog post on that step, then mention in passing the other two.

One of the first things we tried was to replicate Tom White’s Perception Engines. The idea is to have a drawing system iteratively create abstract images based on various ImageNet classes. So by using a combination of strokes, circles, and colors as its primitives, the perception engine should be able to draw any real-world object.

They definitely look pretty, and it’s something you want to showcase to people. White provided a base set of primitives using circles and lines in his open-source repository, and we tried to use that as the drawing system. In this case, we even tried genetic algorithms to optimize the drawing (he only used random walks):

Figure: Initial ML system that we designed based on Tom White’s work. Instead of using random walks, we decided to use genetic algorithms for optimization

We didn’t have much luck. 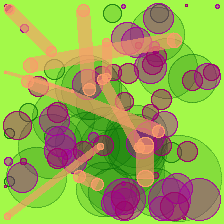 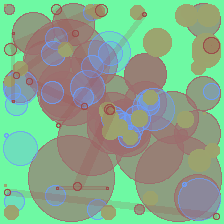 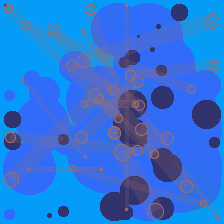 Figure: First iteration of our tests. Yup, doesn’t really look like it.
We tried changing the colors or adding new strokes, but to no effect

Then we tried to restrict everything into dark lines by removing the circles and other colors in the background. We thought that by training the “outlines,” we can get atleast some recognizable shapes: 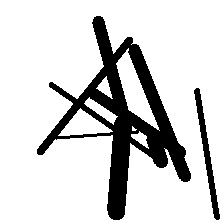 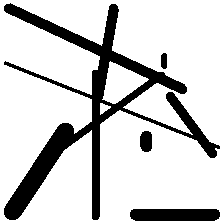 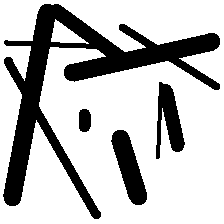 Figure: Second iteration of our tests. To be honest, this looks a bit of an improvement over the previous one, and I think that we’re on to something here. However, we decided to scrap this idea due to time constraints

Perhaps one of the reasons why we weren’t able to replicate his work is because there’s not much information on how the whole system actually works. I guess it’s also part of his artistic license to keep their secret sauce. So yup, we decided to scrap this idea.1

Good thing, one of our engineers suggested using the Quick, Draw! dataset as primitives for our Drawing System. It’s simply a set of drawings made by real players from the game Quick, Draw!

Figure: Some samples of the Quick, Draw! dataset

Thus, I just need to figure out how we can generate new images from that dataset. I can use individual strokes, but building it from scratch will take a lot of time (it was almost December), so I went on and use generative models to accomplish the drawing task.

The main idea for generative models is that it first summarizes a particular class in a single distribution, then samples from it. So for a set of “book” doodles, the generative model finds the distribution that perfectly fits (or represents) all of them, then creates new drawings based on that.

Figure: Generated “book” samples. These were not drawn by any human player

The sequence-to-sequence variational autoencoder Sketch-RNN (Ha and Eck, 2017) seems perfect for the job, so I decided to incorporate that in the system.

Figure: Drawing system but using the VAE. Instead of using lines and circles directly as primitives, we chose to use the Quick, Draw! dataset

For the final pipeline, the first and last stages—the one where we convert strings to objects and the one where we need to style the object further—are more straightforward. We used the GloVe word embedding model (Pennington, et al., 2014) to map2 any input string into one of the trained Quick, Draw classes, and used Arbitrary Neural Style Transfer3 (Ghiasi, et al., 2017) to add more artistic styling to the resulting drawings.

I’m pretty proud of our final product. Mainly because of my amazing and talented teammates who helped productionalize this machine learning system! 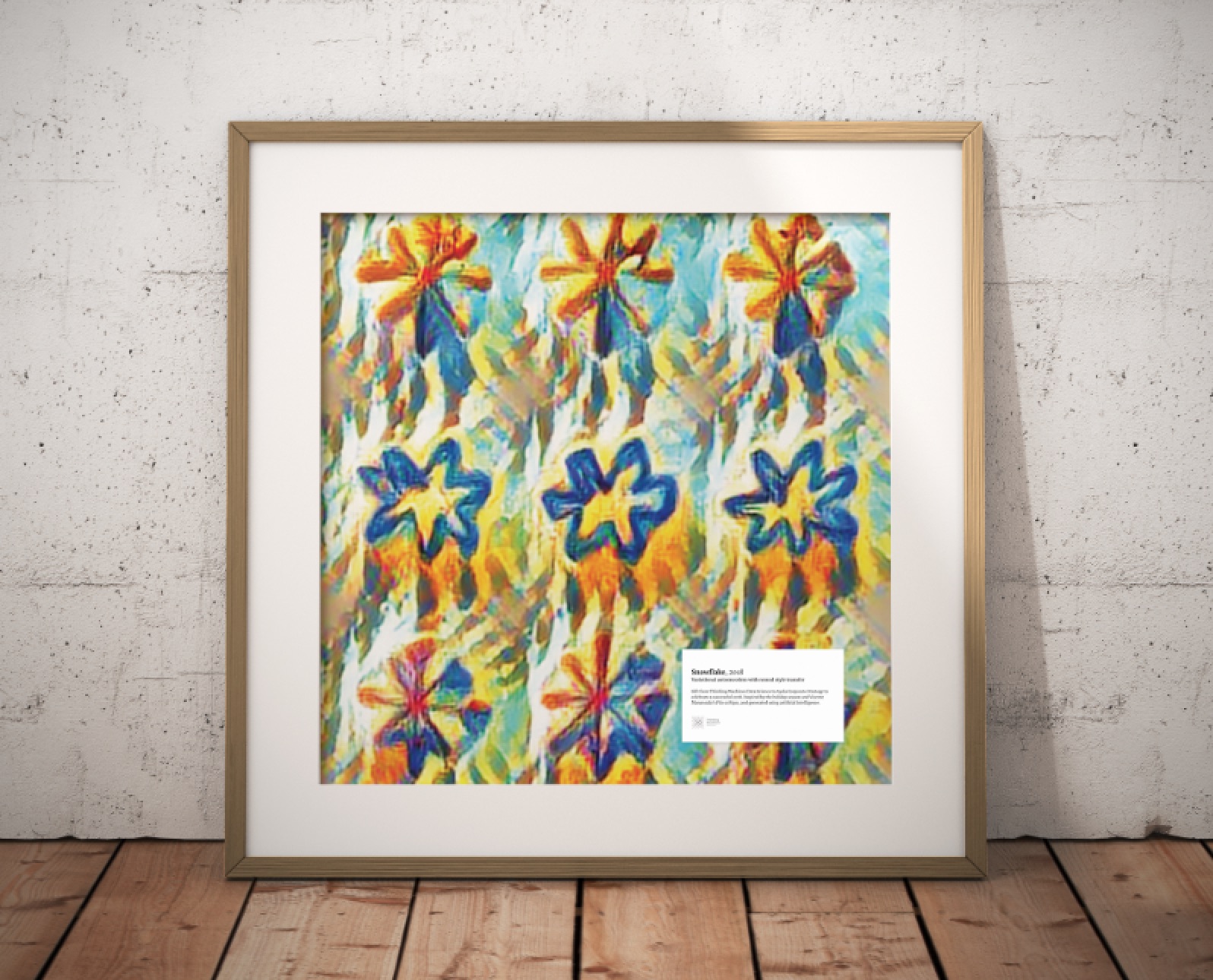 In this post, I shared the creative process we’ve undergone when building ChristmAIs. We started of by replicating Tom White’s work, but it didn’t produce pleasing results. Then, we pivoted on an entirely different pipeline using generative models, and it worked! So far, I’m very happy with the results: we got an open-source project, got recognized by one of Google Brain’s top research scientists, and produced an AI-generated art apt for the holiday season.